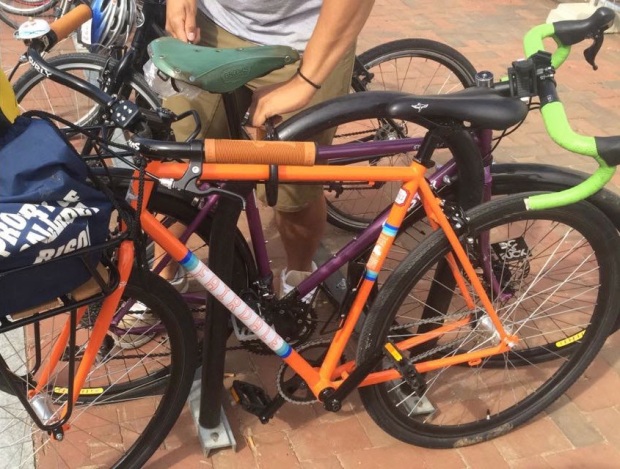 I’ve had a long and violent history with bikes. I’ve lost years off my life, centimeters off my knees, and the edges around my ego. When I was invited for a bike ride in DC last Sunday, I must admit to being nervous. I took bike rides last summer during a family vacation in Columbus, Ohio, where the streets are quiet and idyllic, and crashed into a parked car. I took bike rides from my home in Austin, Texas to the nearby pool or coffee joint, and nearly drowned in my own sweat. But DC is different, with their one-way streets and abysmal intersection lights. I got on a borrowed bike, trying not to dwell over the conspicuous lack of a helmet or even elbow and knee pads.

When I asked my friend where we were going, he laughed and replied, “Onward.” Onward, indeed. Within fifteen minutes we were already at Eastern Market, far faster than the metro on a good day. Chinatown in twenty, Union Station in ten, even Georgetown in a little over thirty. No near death experiences, either. It felt as though the cars were terrified of us, making a wider berth for us than they would a beached whale. We breezed through red lights, zig zagged along empty streets, and skipped ahead of cars to make turns.

This Saturday there’s going to be a charity-run bike sale at DuPont Circle. I’ll be going, and trying to figure out where to put a bike in a college student budget.